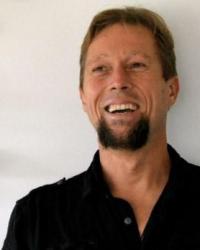 Vir McCoy grew up in Los Angeles, Ca. and lived in the San Francisco bay area for many years. Vir is a teacher, healer, author, lecturer, musician and ecologist. Vir has the brain of a scientist and the soul of an artist, which has made for good company. As an Ecologist, Vir works as a Field Biologist and botanist with endangered species and restoration. As a healer, Vir works as a bodyworker, teaches workshops, and lectures on healing. He has a vast knowledge of herbs, homeopathics and antibiotics. As a musician, Vir played with the award-winning world music band Hamsa Lila. Vir also was a member of Mickey Hart (of The Grateful Dead) Band for a short stint. Many know Vir from his YouTube musical comedy videos and his children’s music, as well as his work as a songwriter. Vir is an avid surfer and lives with his wife Heather, in Los Angeles, CA.