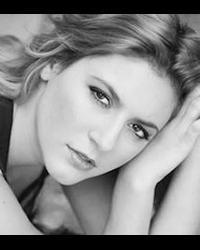 Valerie is an actor, musical theatre performer, and writer for stage and screen. She is also a Lyme Disease survivor and advocate. She was a resident ensemble member of the NYC-based theatre company, TADA!, where she began her performance career in off-broadway works, from 1998-2006, and since then, she has consistently continued her work with theatre ensembles/performance collaboratives, as the development of new works is a great passion of hers. She is an accomplished vocalist, and has appeared on numerous musical theatre soundtracks, including "A Little Princess", which was developed in the BMI/Lehman Engel Musical Theatre Workshop. She served as the research assistant for "Theater of the Avant-Garde, 1950-2000: A Critical Anthology", Yale University Press, with her work also being featured in the newly printed "The Director as Collaborator", Focal Press. She holds her BFA in Musical Theatre/Dance from the University at Buffalo, along with a degree in Screenwriting/Production from New York Film Academy, and an acting degree from the renowned Stella Adler Studio.

Although she continued to be active with her stagework, what she now recognizes as typical Lyme symptoms began to creep up and intensify throughout her day-to-day life. As with many Lyme patients, the diagnostic process was grueling and contained many winding roads. After 5+ years of going to 60+ Doctors, she was so grateful to finally receive an official diagnosis. Combining her experiences with Lyme, art advocacy and community action, Valerie founded Artists Bite Back, an artist collective and production company, which cultivates a creative and healing platform for Lyme-impacted artists.

Her latest project is the screenplay/Feature Film, "I Have Lyme", The Movie, which is currently running its Indiegogo Crowdfunding Campaign. "I Have Lyme", The Movie, will present the story of Lyme in a format that's never been done before, successfully pushing the boundaries, which surround the social perception of chronic illness. With this ground-breaking Feature Film, she is thrilled to find the intersection between her background in theatre, her passion for cinematic storytelling, and an unwavering commitment to the Lyme community.

From, Valerie: "I am an actor, musical theatre artist, and writer. I am also a Lyme Disease survivor and passionate advocate. I wrote this Film with the hope of raising awareness around a greatly misunderstood and often stigmatized disease. This script has been workshopped at New York Film Academy, and the reception/feedback from our table reads/presentations has shown us the significant potential of this project. Audience responses have been extremely positive, further validating the fact that people are ready to hear stories such as these, whether they have been personally impacted by Lyme Disease, or not. By sharing aspects of my story through the artistic lens, my team and I not only aim to produce a quality Film, but to also shift the paradigm of medical injustices by granting survivors, caregivers, doctors, (really anyone who has been through struggle and overcame it), a moment when they felt represented."

I Have Lyme - The Movie

"I Have Lyme", The Movie - About the Movie Intro Video from Valerie Rose Yawien on Vimeo.