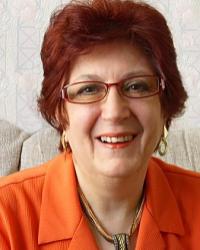 Sasha wanted to know what made people tick, so when she read a book that contained chapters on palmistry, astrology, numerology and so forth, it started a lifelong interest. In time, people wanted to consult her for readings, and this led to a career as an astrologer, palmist and Tarot reader. A request to write a stars column for a small magazine started her writing career, but it was a book that showed people how to read Tarot cards that turned her into an author – mainly writing how-to books. Sasha’s tally to date is 136 books, with sales of around seven million copies, and translations into fifteen languages. She also writes novels, and has just completed the third novel in her much-loved “Tudorland” trilogy. Sasha wrote the stars page for Woman’s Own magazine for six years and for the Sunday People Newspaper for two years. She wrote a syndicated column for many local papers and she has written about 3,000 articles and columns for newspapers and magazines. She has broadcast on most UK radio stations, many overseas stations and also many TV shows.

Sasha has given talks and workshops at hundreds of festivals and events in the UK and overseas, including the big London, Melbourne and Sydney festivals.

• Former Chair of the Advisory Panel on Astrological Education (APAE)

Sasha is married to Jan Budkowski and they both run publishing and other mind, body and spirit businesses. Sasha has two children and four grandchildren – one of whom is well on the way to becoming an astrologer!