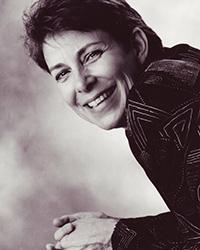 Renee Mollan-Masters graduated with both her under graduate and graduate degree in Speech Pathology from California State University, Fullerton. She was voted most outstanding senior clinician by the facility. She worked as a speech pathologist in the Fountain Valley School District and in her own private practice for 10 years. During this time she created with other teachers a reading remediation program which was later used statewide.

While teaching a College Success Class at Orange Coast College in Southern California she developed the You Are Smarter Than You Think program.

For 10 years during the 90's she surveyed nursing students all over the country. Due to the success of that work in 2011-2012 a legitimate study was conducted at the University of Minnesota.

Renee has published a new novel, April, 2017, The Friendship Pod Affair,  a story about courage between three unlikely people to become friends, and break the bonds of hatred.