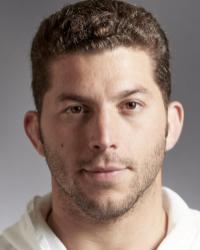 Josh Macin was the 2010 Brazilian Jiu Jitsu World Champion and the 2012 Pan-American champion. Suddenly, in October of 2013, he began to experience debilitating panic attacks, suicidal despair, and gut-wrenching anxiety.

After pharmaceutical drugs provided no relief, he found himself on a hero’s journey – traveling to the corners of the earth experimenting with some of the world’s most powerful hallucinogens. When neither ayahuasca, float tanks, fasting, meditation, colon cleaning, nor yoga could provide him with relief he began to lose faith.

In a surreal sequence of events that transpired three years after beginning the journey, he found out about heavy metal poisoning and started a comprehensive detoxification protocol. Now, alive and well to tell the tale, Josh has created TheDetoxDudes.com – a company devoted to helping people overcome toxicity.