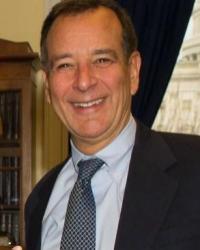 Jim Koch is the founder of The Boston Beer Company and the brewer of Samuel Adams beers. He founded the company in 1984 using his great-grandfather’s recipe and revolutionizes the American beer industry.

Drawing upon his own struggles to start a business, Jim launched the Samuel Adams Brewing the American Dream program in 2008. With a focus on helping low-to-moderate income businesses involved in food, beverage, hospitality, and craft brewing, the program provides micro-financing for small business owners as well as nationwide speed coaching events that pair small business owners with professionals who provide real-world advice based on their area of expertise. To date, Brewing the American Dream has mentored 3,000+ small business owners, provided $2.5 million of micro-financing to more than 285 food, beverage, hospitality and craft brewing businesses while also creating/retaining more than 1,800 jobs. The program has received recognition by the Clinton Global Initiative and the White House Summit on the Future of Corporate Service.

Jim currently serves as Chairman and was the company’s Chief Executive Officer until January 2001. Prior to starting The Boston Beer Company he worked as a manufacturing consultant for The Boston Consulting Group and taught adventure skills for Outward Bound. Jim received an undergraduate and advanced degree in Business and Law from Harvard University.