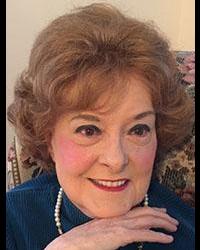 Born as one of two sets of identical twins in Bergen County, New Jersey, Elizabeth Joyce has been psychic since birth and is named one of the World’s Greatest Psychics (Citadel Press, 2004), as well as America’s Top 100 Psychics in 2014.

Profiled in at least twelve books, she is a spiritual healer and gives personal psychic readings worldwide. Ms. Joyce is a professional astrologer, spiritual counselor, energy healer, medium, clairvoyant, and teaches the new energies of the Fifth Dimension. Millions of people have witnessed her incredible psychic powers on TV shows such as Unsolved Mysteries, Beyond Chance and The Psychic Detectives, as well as CNN News. A frequent guest on radio shows across the country, Elizabeth appears on Coast to Coast AM, The Shirley MacLaine Hour, and NPR. She has been profiled in Women's Day Magazine, Wall Street Magazine, The National Examiner, The New York Times and other national media.

Elizabeth is the author of numerous books, articles and guided meditation audio MP3s. When not otherwise traveling throughout the world, she resides in Doylestown, Pennsylvania