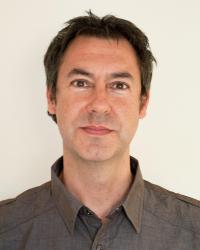 Dr. Danny Penman is a qualified meditation teacher and an award-winning writer and journalist. He  is co-author of the million-selling 'Mindfulness: An Eight Week Plan for Finding Peace in a Frantic World.' He has received journalism awards from the Humane Society of the United States and the Royal Society for the Prevention of Cruelty to Animals (RSPCA). In 2014, he won the British Medical Association’s Best Book (Popular Medicine) Award for 'You Are Not Your Pain.' His books have been translated into more than 30 languages. His journalism has appeared in the Daily Mail, New Scientist, The Guardian, CNN and the BBC. He trained to teach mindfulness with the acclaimed Breathworks.

His new book The Art of Breathing: the secret to living mindfully has just been published by Conari Press