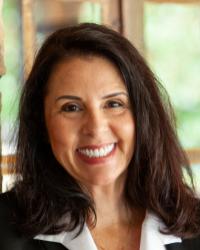 Cindy Edison is an author and channel for the group called "Josef". Cindy began hearing the Collective in early 2009, although they did not name themselves 'Josef' to her until 2017. She had many experiences with them as Abraham, channeled by Esther Hicks, beginning in 2014, not understanding why it was happening, but experiencing it just the same. During a session with Paul Selig one afternoon, Cindy was relaying to Paul what she had experienced, and his Guides responded, "There is a group who is trying to teach through her. She must ask for a name." Needless to say, that brought more confusion.

Later that evening, during her conversation with them, asking what was going on, Esther's face appeared suddenly and clearly, in front of her, and as she was saying, to herself, "why am I seeing Esther?" They replied, "You are seeing the lovely Esther because we don't have a face yet. We will reveal our name at the right time."

Two days later, she saw in front of her, a succession of towing planes like you see at the beach, towing advertising banners behind them. As she focused, she saw the first banner that read, "Seth"; the second banner read, "Abraham" and the third was blank. She knew then that this group was part of the the consciousness of Seth and Abraham and the name would come when they were ready, and it did, when they signed the Welcome segment of their first book, Allow Your Soul To Lead: The Soul's Perspective of the Ego.

Prior to 2009, Cindy spent 35 years in advertising and marketing on the creative side. She was born and raised in the Catskill Mountains in New York and currently lives outside of Atlanta, Georgia.