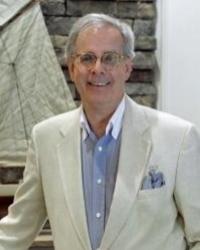 When Bew White III, CEO of Summer Classics, graduated from Auburn University in 1972 with a degree in textile engineering, the phrase “outdoor living” had hardly been coined, as outdoor furniture was simply known as a table and chairs you would find on a basic patio deck.

At just 28 years old, Mr. White left his job at his family-owned business, Avondale Mills, and started a sales representative company in 1978 called Vista Corporation, specializing in selling outdoor furniture. In 1987, Bew started multiple companies in an effort to expand from selling on the road to building a national brand. One of those companies was Summer Classics, which was created around Bew’s thought of designing and manufacturing products that he would want for his own backyard. With a business model based on creating products that were consumer driven, would stand the test of time, and would not go out of style, Summer Classics officially took off in 1987.

Born in 1950 in Birmingham, Alabama to William Bew White II and Gabriella Corner White, Bew is the great-grandson of Braxton Bragg Corner, governor and then senator for Alabama, as well as the founder of the Alabama-based Fortune 500 textile company Avondale Mills.

He is also the subject of the well-received biography Summer Classics: The Bew White Story by Christopher Taunton.

The father of three wonderful children, Bew currently lives in Birmingham, Alabama with his wife and the love of his life, Wendy.