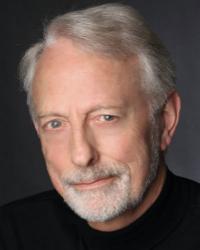 Wallace Thornhill is the Chief Scientist and Science Advisor for the Thunderbolts project which promotes the idea of the Electric Universe. Thornhill earned his degrees in physics & electronics from Melbourne University in 1964, and later was inspired by Immanuel Velikovsky’s iconoclastic best-selling book, ‘Worlds in Collision’. Velikovsky’s ideas taught him to be sceptical of expert opinions. Wal worked at IBM Australia for 11 years, first as a scientific programmer, then a systems engineer specializing in operating systems and compilers. Moving to Canberra in 1967, he was IBM’s systems engineer for the Research Schools at the Australian National University, which gave him excellent access to their libraries and scientists during the Apollo missions to the Moon.

Wal was invited to attend the 1974 international Velikovsky conference at McMaster University in Hamilton, Ontario on the subject of ‘The Recent History of the Solar System.’ There, he met Velikovsky and David Talbott, two of the conference organizers. Wal subsequently visited Velikovsky at his home in Princeton, New Jersey on April 28, 1979 – only a few months before Velikovsky’s passing. The discussion turned on the key question raised by his theory of recent solar system chaos – the true nature of gravity and its role in cosmology. That conversation led Wal to a re-examination of Einstein’s legacy and the electrical nature of matter.

Wal has achieved a broad synthesis of ideas he calls ‘THE ELECTRIC UNIVERSE,’ in collaboration with David Talbott. He has published several books with David Talbott (author of The Saturn Myth)—the first titled ‘Thunderbolts of the Gods‘ and the second, ‘The Electric Universe,’ on the combined subjects of the recent history of the solar system and the electrical nature of the universe. Some of Wal’s E-books are available online including ‘The Big Bang?,’ ‘The Electric Sun’ and ‘The Comet’.

Wal was awarded a gold medal in 2010 by the European Telesio-Galilei Academy of Science. He presented the Natural Philosophy Alliance John Chappell memorial lecture, ‘Stars in an Electric Universe’ in 2011 at U. Maryland and was awarded the NPA 2013 Sagnac Award for Lifetime Achievement.

Wal’s website is HOLOSCIENCE, summarizes the Electric Universe Model and provides alternative views on scientific news. He is the chief science adviser to “The Thunderbolts Project” and vice president of the non-profit U.S. TBoltsGroup Inc.