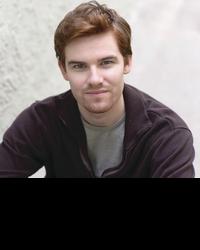 Tomás Prower is a graduate of the University of California, Santa Barbara. He holds degrees, in Global Socioeconomics and in Latin American & Iberian Studies. Due to his fluency in English, French, and Spanish, he was given the opportunity to become a cultural liaison for the French Government in South America between France, the United States, and the member states of Mercosur. During this time, he traveled extensively in the Amazon Jungle, learning as much as he could about the region’s indigenous peoples. Upon returning to the United States, Tomás worked as a bartender at a well-known gay bar in Los Angeles before moving to Reno and becoming the External Relations Director for the American Red Cross in Nevada. He then moved back to his home city of Los Angeles where he worked for a time as a mortician while writing and researching the city’s LGBT+ scenes and macabre subcultures. Nowadays, he resides in fabulous Las Vegas, Nevada, where he can be found hiking in the desert, interacting with tourists from all over the world, and writing new books by the glow of Sin City’s neon lights.