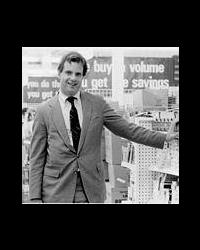 Thomas George Stemberg was an American businessman, investor, and philanthropist. He was a pioneer of the office supplies superstore industry, most notably for founding office supply retail chain Staples Inc. with Leo Kahn.

Hailed as a retail pioneer and innovator, he developed and launched the first line of generic food sold in the US and revolutionized the office supply business by eliminating wholesalers and selling directly to customers through his warehouse-like superstores. He adapted a simple objective that later became the foundation of Staples Inc. He always emphasized that his "priority is saving people money."