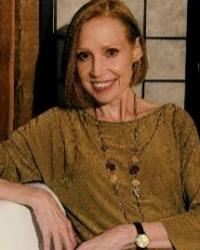 Terri Cheney is the author of the New York Times bestseller Manic: A Memoir, which has been translated into eight foreign languages. Terri’s writings and commentary about mental health have also been featured in the New York Times, Los Angeles Times, Huffington Post, and NPR. Her ongoing blog for Psychology Today has received over one million views.

Formerly a successful entertainment attorney representing the likes of Michael Jackson, Quincy Jones, and major motion picture studios, Terri now devotes her advocacy skills to the cause of destigmatizing mental illness. She serves on the Board of Directors of the Saks Institute for Mental Health Law, Policy, and Ethics at USC, and the Honorary Board of Directors of the International Bipolar Foundation. She speaks nationally and internationally, to diverse audiences ranging from Ohio to Dubai, about her experience with bipolar disorder. Terri attended Vassar College and UCLA School of Law, and currently lives in Los Angeles