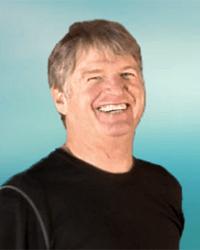 Russ Hill is the creator and co-host of The Launch Pad and manages its daily operations. Russell Hill was born in Oklahoma and raised on Guam where he lived immersed in a melting pot of Asian cultures for 28 years. Russ loves to travel and has lived in Korea, Japan and India and has visited most of the states in the U.S.

Also know as R, he prefers the climate of the Pacific Northwest and has called Seattle his home since 2003 and became a real estate broker for Newberry Realty.

2009, R self-published his first book, Real Life Interviews – Ordinary People Being Extraordinary; a compilation of interviews with inspirational members of his community.