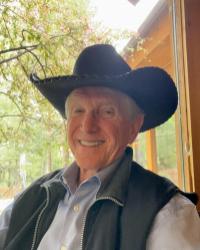 Bob was born in Columbus, Ohio and is a graduate of The Ohio State University with a BA in Accounting and an MBA. He practiced as a CPA with a Big 5 Accounting firm and held positions in financial management with private companies. In 1981 he co-founded Bar-S Foods Company, a large food processing corporation. During his tenure at Bar-S, he held positions as Vice President of Finance, President, and Vice-Chairman of the Board.

In 2007, he retired from Bar-S and has since been involved in several start-up companies as well as a number of community volunteer positions. He currently serves on the Board of Trustees for a health sciences university and a major medical research institute.

Bob served as a Captain in the US Army, is married and has three grown children. It has been Bob’s dream for a number of years to make a positive impact on the health and wellbeing of retired people, and senior citizens.