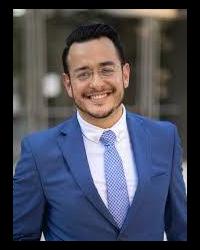 Richard Montez has always believed that true leadership only happens when love and empathy are paired with real world experiences. He was born and raised in San Antonio, Texas. He grew up on the west side, in one of the poorest areas of the city. While his family struggled economically, Richard gained a keen understanding of the hardships facing many in his community. Today, he spends his time and energy focusing on solutions to the many challenges plaguing underserved and underrepresented groups.

Since 2017 Richard has served as Director of Member Services at the Hispanic Association of Colleges and Universities (HACU), a national nonprofit whose mission is to Champion Hispanic Success in Higher Education. Additionally, Richard plans and coordinates the organization’s annual Dean's Forum on Hispanic Higher Education, now in its ninth year. He also serves as an active committee member of the ¡Lánzate!/Take Off! Higher Education Travel Award Program, a partnership between Southwest Airlines and HACU that awards roundtrip tickets to currently enrolled undergraduate and graduate students across the country who travel away from home to pursue a higher education. During his tenure at HACU, the organization continues to grow its membership with over 500 hundred members. Over 300 of HACU’s members are Hispanic-Serving Institutions (HSIs).