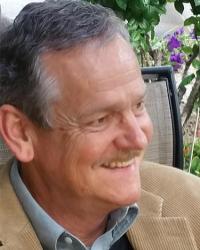 Philip Clayton is the Ingraham Professor at Claremont School of Theology in Claremont, California. Clayton has taught or held research professorships at Williams College, California State University, Harvard University, Cambridge University, and the University of Munich. His research focuses on biological emergence, religion and science, process studies, and contemporary issues in ecology, religion, and ethics. He is the recipient of multiple research grants and international lectureships, as well as the author of numerous books, including The Predicament of Belief: Science, Philosophy, Faith(2011); Religion and Science: The Basics (2011); Transforming Christian Theology: For Church and Society (2009); and In Quest of Freedom: The Emergence of Spirit in the Natural World (2009). He also edited The Oxford Handbook of Religion and Science (2006).

In books and lectures, Clayton works to formulate constructive theological responses to developments in contemporary science and philosophy. He has also been a leading advocate for comparative theology and the internationalization of the science-religion dialogue. As P.I. of the “Science and the Spiritual Quest” program and as Provost of a multi-faith university, he worked to expand these fields to include Muslim and Jewish scholars, the Dharma traditions of India, and the religious traditions of Southeast Asia.