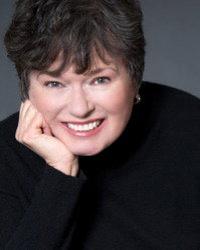 Patricia Aburdene is one of the world's leading social forecasters, a 1 bestselling author, and a sought after speaker. She is the leading authority on Conscious Money and Conscious Capitalism. Patricia collaborated with John Naisbitt, on the famous Megatrends, which sold millions of copies and was a publishing phenomenon, topping bestseller charts in the U.S., Germany, and Japan. She then coauthored the 1 New York Times bestseller Megatrends 2000, the New York Times bestseller Re-Inventing the Corporation, and was the lead author on Megatrends for Women.


Patricia is a member of the Conscious Capitalist Club C3, an exclusive group of CEOs, writers, and academics. She addressed C3s premier conference in 2008, held in Austin, Texas, home of Whole Foods Market, whose CEO John Mackey founded the group.


Patricia has helped thousands of organizations and millions of people make the most of social change. She has lectured throughout the U.S., Canada, Europe, South America, Australia, and the Pacific Rim to clients that include Herman Miller, Deloitte, Harley-Davidson, IBM, and the Management Institute of New Zealand.


Patricia holds a BA in philosophy from Boston College and an MS in library science from Catholic University of America. She began her career in business journalism as a reporter/researcher for Forbes magazine, later served as a Public Policy Fellow at Radcliffe College, and is the recipient of three honorary doctorates. Patricia lives in Boulder, Colorado and Manchester, Massachusetts.