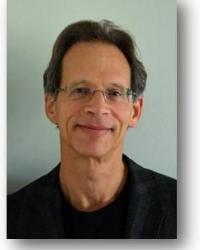 Norman Bacal is a retired attorney and the founder of the Toronto law office Heenan Blaikie. While building and leading this firm, he also became a widely sought expert in tax law for the entertainment business. He has represented studios such as Warner Brothers and MGM, and served on the Board of Directors for Lionsgate while they were producing the Hunger Games film franchise.

Upon retirement from practice in 2015, he took up writing, authoring the Globe and Mail bestselling memoir, Breakdown, as well as his Amazon bestselling fiction novel Odell’s Fall and a soon to be released second novel, Ophelia. Bacal actively mentors young professionals and is a frequent keynote speaker at universities, firm retreats, and conferences. Bacall holds a third degree black belt in Shotokan Karate and is an avid golfer. He currently resides in Toronto with his wife, Sharon.

To book Norman Bacal as a speaker, or find further information about Take Charge, Breakdown, Odell’s Fall, and Ophelia, visit his website at www.NormanBacal.com Media Questions for