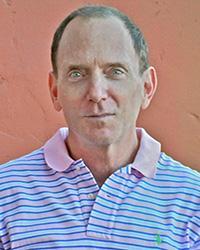 Soon after moving to Marin County, California, just after he turned 11, Michael Goddart started actively searching for the truth about death and how to attain everlasting bliss. He began daily meditation at age 19; at 21, he began to meditate for two and a half hours daily. His work as an international consultant and his spiritual quest have taken him to over fifty countries. Since 1974 he has journeyed thirteen times to India and also numerous times to England, Greece, Canada, Spain, and within the United States to be with those rare Teachers whom he considers to be fully realized humans. In addition to endeavoring to progress daily on his spiritual path, throughout his life he’s studied the writings of Saints and Mystics.

Michael took his MFA in Creative Writing at Bowling Green State University and is the author of Spiritual Revolution: A Seeker’s Guide; 52 Powerful Principles for Your Mind & Soul, which the Hollywood Spiritual Film and Entertainment Festival named Best Spirituality/Self-Help Book. He is also the author of BLISS: 33 Simple Ways to Awaken Further, which sold more than 38,000 copies and was also named an official semifinalist. Michael Goddart recovered over eighty of his past lives and illuminates them in his unique, extraordinary memoir, In Search of Lost Lives. In it he depicts precise, fascinating details of life in lost worlds and spiritual experiences that prepared him to follow his current spiritual path.