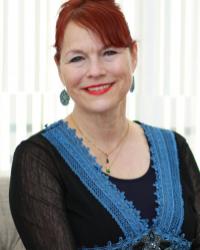 Mandara Cromwell, D.C.M. (Doctorate of Cymatic Medicine), is an American woman entrepreneur and inventor, who is the CEO and President of Cyma Technologies, the manufacturing company for her own inventions – the AMI Acoustic Meridian Intelligence devices. The AMI 750, an advanced sound technology device, was nominated for the Thomas Edison Award for Innovation in the Fields of Science and Medicine in 2013. In 2002, she coined the term “Cymatherapy” to refer to wave therapy based on the work of Dr. Peter Guy Manners, with whom she studied extensively. She continues to promote sound as a healing modality throughout the world. As a way of forwarding the field of vibrational medicine (specifically sound therapy), Ms. Cromwell founded (ISTA) the International Sound Therapy Association. Since 2006, the organization has been producing conferences to bring new voices together in the field of “sound science.” Ongoing classes, trainings and programs are offered by ISTA and Cyma Technologies in numerous cities throughout the US.

In 2017, she produced the Atlanta conference “Cymatics: The Art and Science of Making Sound Visible,” which featured never before seen sound-made-visible images of the healing frequencies found in her own sound therapy devices. She acted as co-producer on two short films created at the University of Florida utilizing cymatic images: “dance divine” featuring dance, yoga and the sound images, as well as “Full of Stars” a short film showing three dimensional views of the healing frequencies. In 2019, she released her first book, “Soundflower: The Journey to Marry Science and Spirit,” which includes many stunning cyma glyph illustrations.