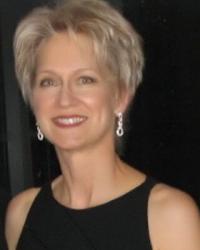 Leslie Hocker graduated from Oklahoma University as one of the first women to obtain a Land Management Degree. She then moved to Houston Texas and become an executive in the oil industry.

But things took a turn for her in 1984 as she had a calling to become an entrepreneur while still working in the oil industry. In 1986 Leslie teamed up with The Robbins companies and worked with top executives from various industries worldwide. This is when she first met Jeff Olson former owner of the Peoples Network and where she learned from him as well as other legends including the late billionaire Paul J Meyer for the next ten years.

Leslie went on to become a Next Level Achievement Coach, a NLP trainer and authored the book "Trade Secrets for Marketing your Business Online". As a 30 year Network Marketing professional she was asked to became a faculty member for Leadership expert, John Maxwell. She has built multi-million dollar sales and marking organizations in the U.S., Europe and Asia.

In the fall of 2011 things took a turn as she once again teamed up with the owner of Neora Jeff Olson. She and her husband Ron Forrester helped launch Neora with the goal of becoming the go to company for holistic anti-aging. As Brand Partners for Neora she has helped the company break all industry sales records with almost 2 billion in sales in 8 years. Leslie and her husband are multi-million dollar earners with Neora.

Leslie’s passion is helping people create success in all areas of their lives!