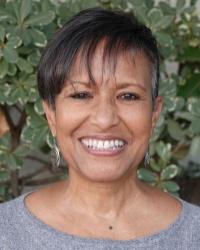 A daughter and granddaughter of Practitioners in the New Thought-Ageless Wisdom tradition of spirituality, Karen Mills-Alston has literally been on her spiritual path since childhood. In her award-winning three-book series, 10 Principles for a Life Worth Living she shares the rich legacy of three generations of women who have devoted their lives to spiritual principles and practices.

After graduating from the University of Southern California with a degree in political science, Karen became a lobbyist for the City of Los Angeles; later lobbied for the Air Transport Association; and was the Regional Government Vice President for Alaska Airlines and Southwest Airlines.

Today, Karen is an international speaker, offering transformational workshops, based on the teachings of Michael Bernard Beckwith and her book series 10 Principles for a Life Worth Living. She has recently become the CEO and Co-Founder of That Guy’s House (International Branch) and has launched a new podcast called 22 Minutes of Transformation. Karen serves: on Agape’s Board of Trustees; is the Interim Dean of Agape University; is an instructor in Agape’s Practitioner Student Studies, and is the Director of Agape’s annual Revelation Conference— all as a volunteer. As an Agape Licensed Spiritual Practitioner (ALSP), she has a robust clientele that enthusiastically studies and practices the teachings found in 10 Principles for a Life Worth Living. Designated a Master Teacher by Michael Bernard Beckwith states "Karen has a consistent inner groundedness that outwardly expresses as spiritual elegance.”

Karen is the mother of Lindsay whom she says, “Every day she reminds me how easy it is to love."