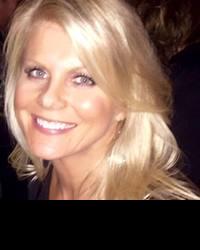 Jody is a Director of Sales at a well-known, industry leading software company in NY.  She’s been with her company for more than 15 years.  She started as an entry-level administrative assistant and worked her way up the ladder and now leads a team that delivers a significant portion of the company’s revenue.  Sounds easy, but it was anything but.

During her tenure, she encountered a number of obstacles as a female trying to be successful. "I think it’s important to understand the environment she came from, because there are so many women who have endured the same upbringing."

Jody comes from a little town called Moravia in upstate NY.  She has stated her family put the “D” in Dysfunction. She moved around a lot as a kid; her mom was a single mom with four kids and they lived in the absolute cheapest places they could find. There is much more to her story, one that Jody has been penning for many years and hopes to complete someday.  Growing up, Jody allowed her situation to impact decisions leading to many wrong paths.  After a terribly failed marriage, she pulled those big girl boots up and went back to school. That began her 20 year path of hard work, continued education, and eventual success.  For Jody, it boils down to that one word, perseverance. Many times she had to pick herself back up, pull up her boots, and continue on.

Jody has become a successful business woman with a solid career.  She’s enjoying her personal successes too; she’s had a busy year with her boyfriend as they’ve renovated a home while selling each of their homes. It’s been crazy, but been a fun journey for sure.