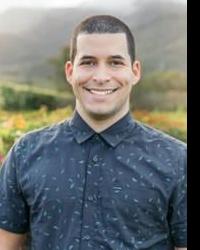 Jefferson (Jeff) Bethke became an overnight sensation, well literally overnight. On January 11, 2012, Jeff uploaded a spoken word short to YouTube titled ‘Why I Hate Religion, But Love Jesus.’ He made the video for fun thinking only a few people would see it. The next morning, he was bombarded with numerous calls and his “little video” had already amassed 500,000 views! It went viral, gaining over 80 million views combined between YouTube and Facebook, and immediately catapulted him into the national conversation around spirituality and religion among millennials.

Since then, Jeff has positioned himself as a thought leader and powerful voice for his generation, calling millennials back to a robust and honest faith, while also trying to think through what it means to be a person of faith in the current culture. He has written four books including his widely popular “Jesus > Religion” that landed on the New York Times’ bestseller list for more than ten weeks.

His latest book, “To Hell with the Hustle: Reclaiming Your Life in an Overworked, Overspent, and Overconnected World,” is slated to release October 15, 2019. In it, Jeff explains how the hustle is killing us, sapping us of meaning, purpose, and emotional and spiritual health. He offers fresh insight about how millennials are so driven towards achieving a high level of success, that this generation is facing burnout, depression and loneliness in record numbers. Jeff provides helpful ways we can shift our focus from the hustle, to living a life that’s full of purpose and meaning.

Today, Jeff and his wife Alyssa live in Maui, Hawaii with their three children - Kinsley (5), Kannon (3), and Lucy (9 months) - and their dog, Aslan. The couple host a weekly podcast called “The Real Life” that tackles discussions on faith, culture, and finding authenticity. Geared towards the millennial audience, the podcast has already garnered 3.2 million downloads.

Additionally, the Bethke’s spearhead a venture called Family Teams alongside their mentors, which seeks to help families learn how to be a multi-generational team on mission. Through courses, membership communities, and live events, Jeff and Alyssa are constantly speaking to families in-person and online as just one of the many ways they use the internet to bring blessing and encouragement to others.