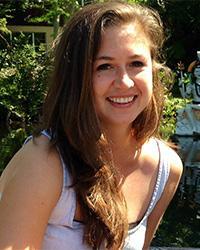 Jaya Priya Reinhalter was born and raised at Kashi; an intentional and interfaith community in South Florida. Her academic work focused on intentional communities and in 2013 she returned to Kashi to explore its continuing legacy. In 2014 Jaya was elected to Kashi’s Board of Directors. She also acts as Kashi’s Director of Global Outreach, leads Kashi’s youth network called “Kashi Next Generation”, and is project manager for Kashi’s “Grow Kashi” capital campaign.