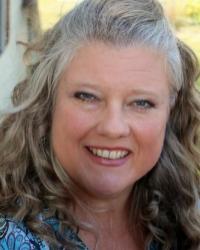 Janet Hickox is an Intuitive Astrologer, Human Design Specialist, Gene Keys Ambassador and Host of the popular Facebook Live show, the MetaCafe. Janet recognized very early in her life that she was interested in astrology. She has learned many types of astrology including, Western astrology, Mayan Astrology and Human Design which she calls, “Astrology for A New Paradigm.” According to Janet, “Human Design Astrology holds the most interesting and important pathway to our knowing ourselves of all the Astrology’s.” Janet feels it is her job to unlock the key ingredients that make you unique, and to help you with the challenges that come up for most us – Relationships, Health, Money and Job/Career concerns. She can show you your unique design and life map which will open doors to freedom and success! If you would like a Human Design or Astrology reading with Janet, she can be reached by email at [email protected] or by visiting her website at www.living-astrology.com . Janet is also available for interviews on Astrology or Human Design.