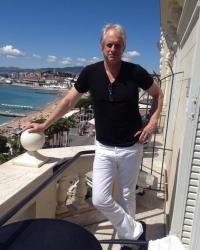 A Renaissance man in literature, the theater, film and television, Gregory Paul Martin has led a double life as a master astrologer his entire career. Trained as an actor at London’s Royal Academy of Dramatic Art, his roles on stage including Hamlet, Peer Gynt, Edmund the Bastard in King Lear at London’s Young Vic, and the world premieres of Bent at The Royal Court and Harold Pinter’s One For The Road at The Manhattan Theater Club, in addition to Watch It Come Down in 2019 he will be publishing two novels — Cabal, a geopolitical thriller dealing with the monumental themes of human consciousness, corruption and power he writes about in this book, and Redemption, a thriller about the most deadly serial killer in history.

The distillation of several lifetimes as a master astrologer and seer of the highest degree going back to the time of Christ, Watch It Come Down is a seminal work on the monumental revolution in human consciousness we are in the midst of today, its implications for mankind, and what Mr Martin describes as the inevitable end of Trump and the death and rebirth of America. A work of profound truth, wisdom and transformational power, Watch It Come Down explains in crystal clarity why America is going through a period of such tremendous turmoil, why Trump was elected President, and how to change your life during these troubled times so that you, your children and the others you love begin living on a future timeline of prosperity, power and peace.