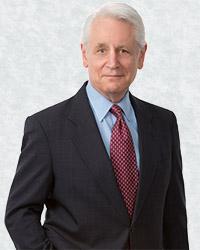 Meet Gregg Skall -
He is a veteran telecom attorney who advises broadcasters and other communications companies on FCC regulatory compliance. Gregg is a frequent author and speaker on FCC and telecom issues.

Mr. Skall regularly represents broadcasting stations in their regulatory dealings with the Federal Communications Commission in their commercial business dealings. Mr. Skall has orchestrated scores of broadcast property transactions involving assets worth many millions of dollars. He has supervised the formation of an international joint venture for a nationwide data network and conceived and directed the successful campaign of the Daytime Broadcaster’s Association to expand hours of operation. He organized the coalition of radio broadcasters to obtain major policy changes before the FCC concerning the main studio rule and has represented FM sub-carrier users for non-broadcast applications such as paging, since the industry began with Commission rule changes more than a decade ago. He frequently represents parties before the Commission and the Congress to obtain desired policy objectives.

Mr. Skall serves on the Advisory Committee on International Communications & Information Policy, a committee that serves the U.S. Department of State in an advisory capacity concerning major economic, social and legal issues and problems in international communications and information policy.

Mr. Skall has served on the Pike and Fischer Communications Regulation Advisory Board from it’s formation until its merger with Bloomberg BNA. He is a recognized writer and frequent speaker on topics of FCC administrative process, mass media, and telecommunications regulation, and has taught Telecommunications Law and Policy at The George Washington University in Washington, D.C. He is communications counsel to the California, Minnesota and Missouri state broadcasters associations and writes columns for several state broadcasting association newsletters.

Gregg is also a regular contributor to the FCC Uncensored column on the All Access Music Group website and to Radio & Television Business Report.