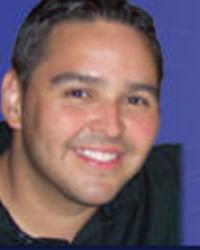 Felix Lee Lerma, since a very early age, has always been sensitive to spirit energy. At the age of 8 he had a visit from his deceased grandfather that set the initial foundation for his belief that life continues after what we call "death". Later in high school, Felix Lee had his first out of body experience that increased his spiritual awareness and reconfirmed his belief that we are spirit beings having a human experience. By the time he was in college in 1994, he was giving accurate psychic information and messages to people here in the physical world, from those in the spirit.

In March of 2002, an internationally acclaimed psychic medium confirmed what Felix always knew: that he was a natural born healer and a highly intuitive psychic medium. A few months later, Felix enrolled in mediumship development classes to fine tune his practice at the Holistic Studies Institute. There, he completed the program and received his certification as an Intuitive Consultant from the American Board of Holistic Practitioners. Felix has participated in various public events demonstrating his abilities, including group seminars at his home, psychic fairs, and on a talk show in Times Square. He has participated in the public message services as a guest medium at various spiritualist churches around the US, as well as most recently at the famous inspiration stump in Lily Dale, New York.

Felix has dedicated his life to serving others. Through this work he realizes that to serve humanity is to serve God. In his spare time, he enjoys spending time with friends and family, meditating, running, working out, playing/composing music, and traveling around the world. In January 2006, Felix moved to beautiful San Francisco, California making it his new home.