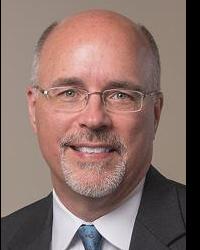 Eric P. Christophersen is Vice President of Strategic Philanthropy and Community Relations, a role he assumed on January 1, 2016. In this position he also serves as president of the Northwestern Mutual Foundation, which focuses on developing and implementing giving and volunteerism strategies that create community impact and underscore the company’s commitment to its employees and financial representatives. Christophersen joined Northwestern Mutual in 1984 as a systems analyst in the Information Systems Department and has held a variety of positions of increasing responsibility in the Agency, Employer Product Marketing, Annuity and Accumulation Products and Investment Products and Services Departments. He transferred to the Compliance/Best Practices Department as vice president investment products compliance in February of 2004 and was appointed vice president and executive officer of compliance/best practices in 2006, before assuming his most recent role in May of 2010 as vice president of wealth management and president of the Northwestern Mutual Wealth Management Company. Christophersen received a B.S. degree in management information systems in 1983 from the University of Wisconsin-Parkside, Kenosha, WI, and his M.B.A. degree from Marquette University in 1987. He holds the series 7, 8, 24, and 65 securities licenses. In the community, Christophersen has been active with a variety of non-profit organizations, including the American Lung Association of Wisconsin and the advisory council of Make a Difference Wisconsin