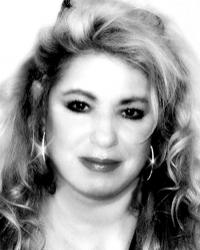 Dyan Garris is an award-winning New Age recording artist, author, visionary mystic, voice recognition psychic, and trance channel medium who reads from the Akashic Records. A pioneer in the arena of energy field integration, she has helped thousands move forward by teaching them how to connect the power contained in their chakras. Her music and guided meditation CDs were independently tested and earned “The National Health and Wellness Stamp of Approval.” Garris is also the author and artist of Voice of the Angels: A Healing Journey Spiritual Cards, plus accompanying music, journal, and guided meditation the angel cards are based upon, and many other oracle decks. Garris’ newest oracle deck, Angels of the Morning, an all angel oracle, was released in 2018.

She is the author of several books, including the best-selling, award-winning books Money and Manifesting and Money and Manifesting II. Her award winning album, "Mystic’s Nine," a concept album whose theme revolves around the resilience of the indomitable human spirit and triumph over adversity, was released in 2016, and won a Global Music Award. A song from that album, “Mystic Sea,” won the Independent Music Award, VOX POP WINNER in the New Age song category in the 16th annual Independent Music Awards. Garris’ music is heard on Pandora, Spotify, iTunes, Sirius XM, Muzak, Music Choice, and more. Garris’ passion and mission is teaching and helping people how to get “from here to there.”