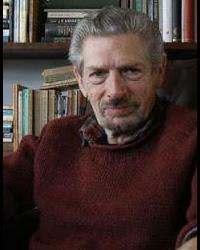 Michael Grosso studied classics and obtained his Ph.D in philosophy from Columbia University, taught philosophy at New Jersey City University and City University of New York (CUNY).  An independent artist and scholar today, focused on extraordinary consciousness studies, he is the author of The Man Who Could Fly: St. Joseph of Copertino and the Mystery of Levitation, his most recent book, Smile of the Universe: Miracles in an Age of Disbelief, and other books.

Michael Grosso, Ph.D, is an independent scholar, associated with an ongoing Seminar at Esalen on the role of mind in the cosmos. His latest book focuses on psychic anomalies that challenge reductive materialism. The emphasis is on waking up to the full girth of our potential. Michael Grosso,Ph.D., has taught humanities and philosophy at Marymount Manhattan College, City University of New York, and New Jersey City University. He is on the Board of Directors of the American Philosophical Practitioner's Association, and is a past editor of the journal for that association.

Michael Grosso, Ph.D. is an independent scholar and part of an ever growing group of scholars and thinkers critical of the prevailing materialistic view of the world. He has a PhD in philosophy from Columbia University and has taught humanities and philosophy at Marymount Manhattan College, City University of New York, and City University of New Jersey. He is known for various publications in which he has used psychic phenomena to broaden our understanding of the world and ourselves, among them Frontiers of the Soul: Exploring Psychic Evolution (1992), and Experiencing the Next World Now (2004). In addition, he has discussed in various forums the implications of parapsychology for religion. He is the author of six books, the latest being The Final Choice: Death or Transcendence? and The Man Who Could Fly: St. Joseph of Copertino and the Mystery of Levitation.

He presently lives in Charlottesville, Virginia, where he is affiliated with the Division of Personality Studies of UVA. On the Board of Directors of the American Philosophical Practitioner’s Association and reviews editor of its Journal, Michael conducts Wisdom Seminars, discussion groups that apply philosophy to problems of everyday life.