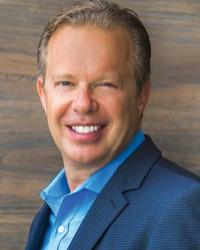 Joe Dispenza, D.C., is an international lecturer, researcher, corporate consultant, author, and educator who has been invited to speak in more than 32 countries on five continents. As a lecturer and educator, he is driven by the conviction that each of us has the potential for greatness and unlimited abilities. In his easy-to-understand, encouraging, and compassionate style, he has educated thousands of people, detailing how they can rewire their brains and recondition their bodies to make lasting changes.

In addition to offering a variety of online courses and teleclasses, he has personally taught three-day progressive workshops and five-day advanced workshops in the U.S. and abroad. Starting in 2018, his workshops will become week-long offerings, and the content of the progressive and advanced workshops will be available online. (To learn more, please visit the events section at: www.drjoedispenza.com.) Dr. Joe is also a faculty member at Quantum University in Honolulu, Hawaii; the Omega Institute for Holistic Studies in Rhinebeck, New York; and Kripalu Center for Yoga and Health in Stockbridge, Massachusetts. He’s also an invited chair of the research committee at Life University in Atlanta, Georgia.

As a researcher, Dr. Joe’s passion can be found at the intersection of the latest findings from the fields of neuroscience, epigenetics, and quantum physics to explore the science behind spontaneous remissions. He uses that knowledge to help people heal themselves of illnesses, chronic conditions, and even terminal diseases so they can enjoy a more fulfilled and happy life, as well as evolve their consciousness. At his advanced workshops around the world, he has partnered with other scientists to perform extensive research on the effects of meditation, including epigenetic testing, brain mapping with electroencephalograms (EEGs), and individual energy field testing with a gas discharge visualization (GDV) machine. His research also includes measuring both heart coherence with HeartMath monitors and the energy present in the workshop environment before, during, and after events with a GDV Sputnik sensor.

As a corporate consultant, Dr. Joe gives on-site lectures and workshops for businesses and corporations interested in using neuroscientific principles to boost employees’ creativity, innovation, productivity, and more. His corporate program also includes private coaching for upper management. Dr. Joe has personally trained and certified a group of more than 70 corporate trainers who teach his model of transformation to companies around the world. He also recently began certifying independent coaches to use his model of change with their own clients.

As a NY Times best-selling author, Dr. Joe has written You Are the Placebo: Making Your Mind Matter (Hay House, 2014), which explores our ability to heal without drugs or surgery, but rather by thought alone. He has also written Breaking the Habit of Being Yourself: How to Lose Your Mind and Create a New One (Hay House, 2012) and Evolve Your Brain: The Science of Changing Your Mind (2007), both of which detail the neuroscience of change and epigenetics. Becoming Supernatural is Dr. Joe’s fourth book. His film appearances include HEAL (2017); E-Motion (2014); Sacred Journey of the Heart (2012); People v. the State of Illusion (2011); What IF – The Movie(2010); Unleashing Creativity (2009); and What the #$*! Do We Know? & Down the Rabbit Hole, extended DVD version (2005).

Dr. Joe received a B.S. from Evergreen State College and his doctor of chiropractic degree from Life University, where he graduated with honors. His postgraduate training covered neurology, neuroscience, brain function and chemistry, cellular biology, memory formation, and aging and longevity. Dr. Joe can be contacted at: www.drjoedispenza.com. 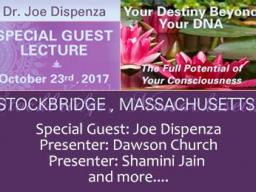 Your Destiny Beyond Your DNA 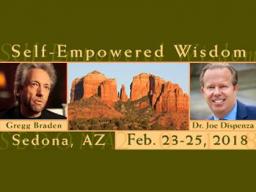