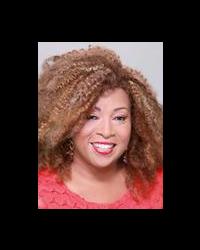 Cheryl “Chirl Girl” Patterson loves to talk! But, things didn’t start that way for this North Carolina native. In fact, this little girl from Salisbury, didn’t say her first words until she was almost 2 years old, when she told her sister, who was teasing her, to “Leave me ‘lone!” And pretty much since that day, Chirl Girl has not shut her mouth and will talk to any and everybody! Fortunately, that’s what she gets paid to do on radio, television, and through hosting various events!

Her love of radio began at the tender age of 9, when a revival preacher heard her announce the “Junior Church Report” and asked her to read the ‘sick and shut-in” list on his radio show! Now, with over 20 years of radio under her belt, ChirlGirl has co-hosted and produced morning shows for Kevin “Cooling” Foxx, The Breakfast Brotha’s, Tom Joyner and Steve Harvey. ChirlGirl was also the first African-American to host a show on Charlotte’s #1 Country music station, WSOC.

She has spent the last 8 years hosting and producing her own show on Charlotte's WBAV. She was instrumental in moving WBAV to the highest-ranking Urban Adult Contemporary radio station in the Queen City for many years. ChirlGirl is also known for broadcasting live from "The Steve Harvey Neighborhood Awards" in Las Vegas, as well as “The Soul Beach Music Festival” in Aruba and the “Turks and Caicos Music and Cultural Festival!”

ChirlGirl has been recognized for her work by the NABFEM, The Eastern Stars and BET recognized her with a certificate of achievement for being a positive role model and a “Black Girl Who Rocks!” She is a proud alumnus of the NC School of the Arts and UNC- Chapel Hill so while she may have started out with nothing to say, Chirl Girl has got a lot to talk about now!