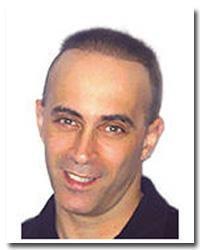 Chaney Weiner is a sought after authority on human potential and personal development. He is the founder of the Chaney Institute of Human Potential, an organization dedicated to empowering people worldwide in all seven areas of life (Financial, physical, family, mental, spiritual, vocational, and social) by helping them discover their hidden brilliance and uniqueness based on what is most important to them.

An acknowledged transformational leader and a leading expert on success and raising human potential, Chaney has inspired people around the world, sharing his breakthrough methods for personal and professional success in the seven different areas of life.

Chaney is often approached by the media for his inspiring insights and advice. His work has been featured on Montel Across America with Montel Williams, Hollywood Confidential with Leeza Gibbons, Martha Stewart Living Radio, Hay House Radio and on hundreds of radio shows throughout the world.

Through his programs, and presentations, Chaney’s message has touched the hearts and inspired people worldwide. He is dedicated to fulfilling his life’s purpose of helping people live more empowered lives by realizing their magnificence and brilliance through the tremendous amount of value they contribute to the world.