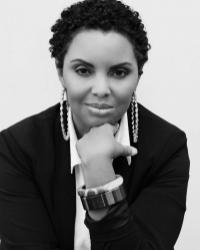 Cece Jones-Davis is a singer, speaker, and advocate, working at the intersection of faith and social justice. Bringing fiery passion to her work in menstrual equity, racial (re)conciliation and criminal justice reform, Cece is well regarded for her fresh perspectives and bold advocacy on issues that impact vulnerable communities. Her work in menstrual equity has been featured on various media platforms such as Essence.com, Teen Vogue, Self Magazine, The Huffington Post, and Yahoo!.com. Cece was named the 2019 Phil Wahl Abolitionist of the Year for her efforts in criminal justice reform.

Cece is a graduate of Howard University, Yale Divinity School, and The Yale Institute of Sacred Music, Worship & the Arts. She is also a proud member of Alpha Kappa Alpha Sorority, Incorporated.