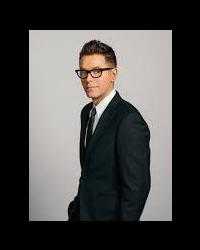 Bobby Bones, VP, Creative Director of iHeartCountry, is host of the nationally syndicated radio show, The Bobby Bones Show, which is the #1 Country morning show. The show has three ACM Awards for National On-Air Personality of the Year and Bones recently earned the title of youngest ever inductee into the National Radio Hall of Fame. An avid philanthropist, Bobby Bones and The Bobby Bones Show is known for using its massive platform to not only spread joy, but raise millions of dollars each year for various causes including St. Jude Children’s Research Hospital, veteran initiatives, and much more. Bones, a two-time NYTimes #1 bestselling author and stand-comedian, recently won Season 27 of ABC’s Dancing with the Stars and will return to the upcoming season of ABC’s American Idol as the official in-house mentor. Additionally, Bones is a part of a musical comedy band, Bobby Bones & The Raging Idiots. A true “jack of all trades” (ESPN).