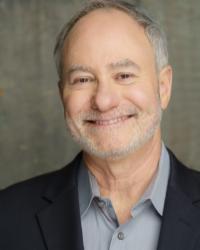 Alan J. Steinberg, MD is board-certified in Internal Medicine and practices with the Cedars-Sinai Medical Group in Beverly Hills, California. He also serves as one of the attending physicians for the NBA’s Los Angeles Clippers. He grew up in Las Vegas, Nevada, where he learned Transcendental Meditation (TM) in 1975. Earning his undergraduate degree at Pomona College in Claremont, California, he went on to attend the University of Nevada School of Medicine, receiving an MD degree in 1984. His first book was a non-fiction consumer’s guide, The Insider’s Guide to HMOs (Plume/Penguin), which garnered favorable reviews in the Los Angeles Times and other publications as well as appearances on The Today Show, 20/20 and C-Span. The book helped sway the direction that healthcare was heading in the late 1990s. His debut novel, To Be Enlightened (Adelaide Books, 2021), is a work of visionary fiction, inspired by some of his own experiences as a lifelong practitioner of TM. Dr. Steinberg lives with his wife of over thirty-five years in Los Angeles, California. They are the proud parents of three young adults.